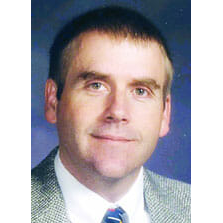 Father Corey Brost brings a wealth of experience to the table from his many roles as a priest and brother in the Viatorian order as well as being a lawyer, vocation director, campus minister, retreat leader and teacher.  He is the founder of the Children of Abraham Coalition, a Chicago-area network of Muslim, Jewish and Christian teens and adults formed in 2010 to build bridges between the Abrahamic faiths, stand against faith-based hate and work for a more peaceful world.