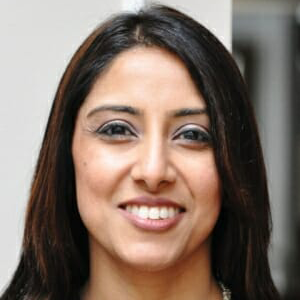 Anisha is dedicated to cultivating global citizenship and she makes an impact in the fields of education; and nurturing youth & women in leadership & civic engagement. With her mission to build bridges between people of different cultural and faith backgrounds, she is honored to serve as a Global Faith Consultant advancing interfaith dialogue among youth worldwide.

As a social entrepreneur, she is the Founding Director & Chief Consultant of InnovusED, a full service educational firm. InnovusED is especially sought after by public & independent schools, state & national education departments, nonprofits and other educational organizations to facilitate program management and professional development on various topics, including civic education, focus group research, cultural intelligence and global education. InnovusED’s client list includes Arlington Heights School District, Chicago Public Schools, The Chicago Public Education Fund, Free the Children, IQRA’ International Education Foundation, Muslim Leadership Academy among others. With over 23 years of experience as an educator and over a decade in leadership to non-profit civic service organizations, it is Anisha’s mission to make a positive impact to the institutions she serves.

Anisha has always been fascinated with the art of leadership especially the philosophy of Servant Leadership, which focuses on the growth, empowerment, and well being of people and the communities to which they belong. She launched women’s empowerment organizations in her country of origin in Malawi, Africa and later in her new home in Chicago. Her love for civic engagement has kindled an inspirational energy in her life. Elected as a Community Ambassador by One Chicago, One Nation she has worked on fulfilling the mission of bringing together Chicagoans of diverse faiths and cultures. Her efforts implementing the Women Ambassadors of Unity program was recognized by the Chicago Community Trust. Anisha has served on the boards and advisory councils of several education and civic engagement organizations.

Anisha was awarded academic merit scholarships in college and earned a Masters in Educational Administration and Leadership from the University of Illinois at Urbana-Champaign. She is also a participant of the Harvard Think Tank on Global Education. She benefitted immensely from leadership opportunities throughout her schooling, including serving as President of the Honors Society. Due to her combined excellence in academics, service and leadership she was awarded the distinction of giving the commencement address as the Valedictorian.

Her most important role is that of a mother. She resides in Arlington Heights, Illinois with her main inspirations her three young daughters, son and supportive husband.