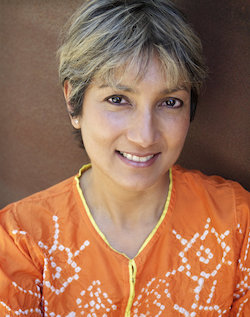 Ani Zonneveld is founder and President. Since inception, Ani has presided over MPV’s expansion to include chapters and affiliates in 12 countries and 19 cities. She has organized numerous interfaith arts and music festivals, participated in many interfaith dialogues and is a strong supporter of human rights and freedom of expression. She is the brainchild of Literary Zikr – a project that counters radical Islam on-line and co-editor of MPV’s first book, an anthology titled “Progressive Muslim Identities – Personal Stories from the U.S. and Canada”; she has contributed to many forewords and numerous anthologies too many to list; is a contributor for HuffingtonPost, OpenDemocracy and al-Jazeera, and recently gave her TEDx talk titled – Islam: As American As Apple Pie; and the subject of a documentary title “al-imam” featuring Ani’s activism works. As an award winning singer/songwriter, she utilizes the power of music and the arts in countering radicalism as she speaks-sings her message of social justice and peace from a progressive Muslim woman’s perspective, and is the first woman to release an English Islamic pop album in the U.S. in 2004.

Born and raised Muslim from Malaysia and based out of Los Angeles, Ani spent a good portion of her formative years raised in Germany, Egypt and India as an Ambassador’s daughter. Her exposure to different politics, religions and cultures has shaped her inclusive worldview.