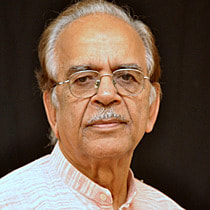 Shiv Talwar was born in 1937 in pre-partition India. Life took him to greener pastures in the United States, Britain and Canada, where he received a PhD in Civil Engineering in 1973 from the University of Waterloo. Shiv moved to Waterloo, ON in 1966 with his wife and two children and stayed put. He retired early (1996) from teaching Civil Engineering at Conestoga College in Kitchener, ON to dedicate his life to the cause of education to cultivate unity in diversity. Towards this end he organized the Spiritual Heritage Education Network Inc. (SHEN, est. 2000, http://spiritualeducation.org). The change in the direction of Shiv’s life was propelled by his calamitous experience of identity tribalism on religious grounds during the partition of India in 1947.

Shiv is an author. He published a book entitled The Common Ground, Volume 1: A Unified Basis of Existence and its Volume 2: A Unified Basis of Health and Harmony is on its way to publication. Visit Shiv’s author page at https://amazon.com/author/shivtalwar.